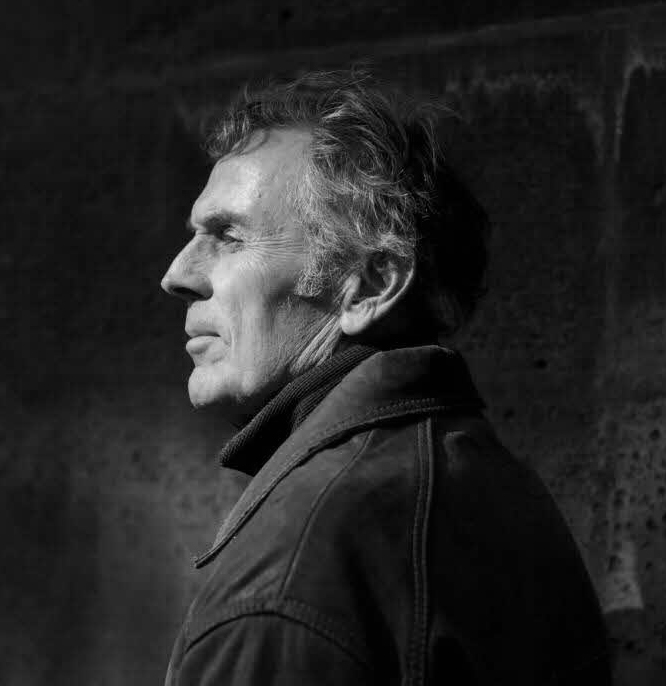 Christian Lacroix, better known as Lax (born January 2nd 1949, in Lyon, France), is an artist and writer of bande dessinée. As a kid, he did not have to fight his parents to let him pursue a career in comics; as a matter of fact, his father encouraged him to copy pages of Tintin for practice and even got him his first little illustrating jobs. It was no wonder, then, that by the age of 12 Lax had already written and illustrated his first short stories.

He studied fine arts in Saint-Etienne (where one would do better not to mention his or her penchant for comics), got married young and, in 1971, while still in college, had a son, Bertois, who would later go on to become his scriptwriter, penning in 1995 Soleil cou coupé for Dupuis’ Aire Libre collection, the first collaboration between a father and son in this collection.

Lax debuted in 1975 in the monthly L’automobile, going on to draw short stories for Métal Hurlant, Fluide Glacial, Ère Comprimée and Circus magazines. In Mercredi, then Fripounet, he published the animal series Hector le Castor based on scripts by Michel Aubrun. His first comic book, Ennui mortel, was published by Glénat in 1982, again with a script by Aubrun.

He then teamed up with writer Patrick Cothias and created four volumes of the history series La marquise des Lumières for publisher Vents d’Ouest (1986 – 1989). He found the work appealing, but prefered coming up with ever new characters, believing that every new story must be a leap into the unknown. Thus, in 1987, he created his first album as an all-round author, Des maux pour le dire, a story about his disabled brother. Also on his own, he created a nostalgic love story set in the Sahara desert called Sarane (Dupuis, 1994).

Since 1990, Lax has created several comics for the prestigious collection Aire Libre at Dupuis publishing, finding in it a safe haven that allowed him to innovate and grow as an artist. With the late scriptwriter Frank Giroud, he made acclaimed comics about wars in former French colonies. The one set in Romania in 1989, after the fall of Ceausescu’s regime, La Fille aux ibis (1993), was awarded the newly-established France Info prize for comic reportage in 1994. In 1997, he won the same award for Chiens de fusil. The Oubliés d’Annam series (1990-1991) was set in Indochina, and the two-part graphic novel Azrayen (1998-1999), winner of the 1999 Prix Bloody Mary (French comic critics’ award) – in Algeria.

In the 2000’s, he created Le Choucas, a satirical detective series based on the French noir novels of the 1950s and ’60s, starting a small revolution in the Repérages collection at Dupuis. A spin-off series was created in 2006, called Les Tribulations du Choucas.  Lax also teaches comics at the Émile-Cohl School in Lyon. It was there that he taught Frédéric Blier and eventually wrote the script for his comic Amère Patrie, published by Dupuis in two parts, in 2007 and 2011.

He lives with his family on a renovated old farm, which serves as base camp for his biking trips to mythical mountain passes of Tour de France routes. Passionate about cycling since he was a boy, he made several comics with cycling themes: L’Aigle sans orteils (Dupuis, 2005), Pain d’alouette 1 and 2 (Futuropolis, 2009 and 2011) and L’écureuil du Vel d’Hiv (Futuropolis, 2012). For L’Aigle sans orteils he won many awards: the Grand prix RTL, the Prix du jury œcuménique de la bande dessinée in 2006, the Canadian Bédélys Award for best international comic book, and the award for best script at the Chambéry comics festival. In 2011, the BOUM festival honored him with the lifetime achievement award.

His latest, Une Maternité rouge (Futuropolis, 2019), is a story about a 14th century sculpture and the Malian Refugee who, having rescued it from destruction, wants to take it to Europe, to the Louvre. In his stories, Lax often focuses on 20th century history, trying to show how much the history of a society can weigh heavily on each new generation.