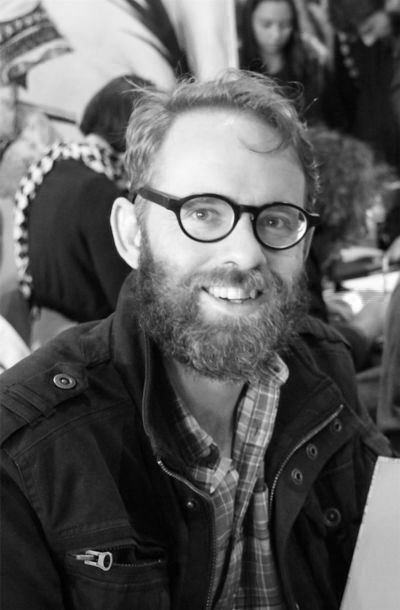 Niko Henrichon is a French-Canadian comic book artist who has worked for several American companies, but also for publishers in France. He first came to the attention of American audiences in 2001 with the publication of Vertigo’s The Sandman Presents: Everything You Always Wanted to Know About Dreams…But Were Afraid to Ask, written by Bill Willingham. The following year he worked with Willingham again on The Sandman Presents: Taller Tales, and had his first break with the 2003 graphic novel Barnum!, with writers Howard Chaykin and David Tischman, both published by DC Comics/Vertigo.

Major recognition came with the graphic novel Pride of Baghdad, which he made with Brian K. Vaughan in 2006. The story is a fictionalized version of a true story about four lions that escaped from the Baghdad zoo in 2003, after the American bombing. Pride of Baghdad won the Imagine Games Network (IGN) award for best original graphic novel in 2006 and was nominated for an Eisner award twice.

In Europe, he created the science fiction graphic novel Hostile with Sylvain Runberg, which was published by Dupuis in 2008. His next European project was Noé, an adaptation of the Biblical tale by cult director Darren Aronofsky and Ari Handel. The first book was published by Le Lombard in 2011, and the story is also released as Noah by Image Comics.

Among the other comics that Henrichon has illustrated are Fables, Marvel Comics Presents, New X-Men, Official Handbook of the Marvel Universe A to Z, Spider-man Fairy Tales, Star War Tales and X-Men: Return of Magik. He is a regular cover artist for DC and Marvel comic books like Black Panther, Fantastic Four: True Story, Lockjaw and the Pet Avengers, Mirror’s Edge, Vaistron, Shadow Hunter and currently, Dark X-Men: The Beginning.