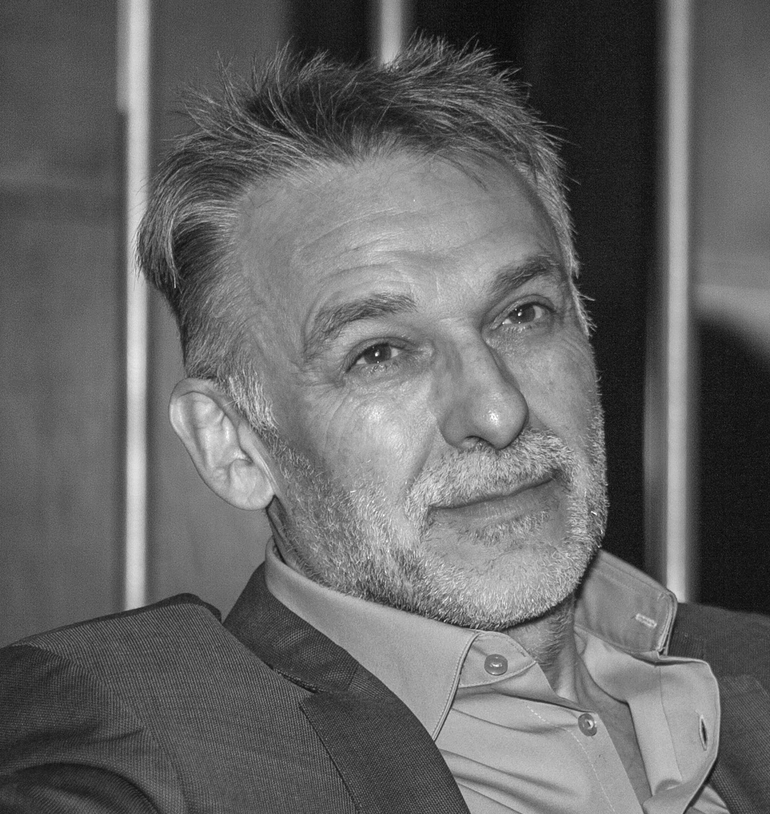 Jean-Louis Tripp, born in France in 1958, saw his first pages appear at 19 in the cult SF anthology comics magazine Métal Hurlant published by Les Humanoïdes Associés. His first book, Le Bœuf n’était pas mode, co-created with Marc Barcelo, was published in 1978 by Transit, and from 1982 to 1985 he had several books published by Futuropolis (Le Pari, Peau de Banane), Alliance (Légende du Dieu Stentor), Casterman (Le Violon et l’Archer) and Glénat. In roughly the same period, from 1983 to 1989, the publishing house Milan issued his four-part series about the adventures of Jacquard Gallard: Parfum d’Afrique, Soviet Zig-zag (winner of the 1987 Angoulême Critics Award), Zulu blues (Angoulême Audience Award 1988) and Afrikaans Baazart. The subject of traveling has played a big part in both his life and his stories. A supporter of the “clear line”, he adopted the style in such a way that he can be thought of as one of the representatives of the genre.

In 1989, he briefly stopped drawing to dedicate himself to painting, sculpture and creating unique pieces of furniture and mosaic frescoes. He returned to drawing via children’s books (for Milan), illustrations (Flammarion, Pocket Press, Milan, Elle and Autrement), and storyboards. In 2003, he moved to Quebec to teach comics at the Université du Québec in Ottawa, and draw the series Paroles d’Anges for Glénat at Régis Loisel’s studio. He moved to Montreal and together with Loisel he created the Magasin général (Casterman), a poetic series set in 1940s Quebec, which sold more than a million copies and is being adapted for the big screen. In 2017, he published the first part of the autobiographical comic book series about sexuality called Extases, for Casterman.