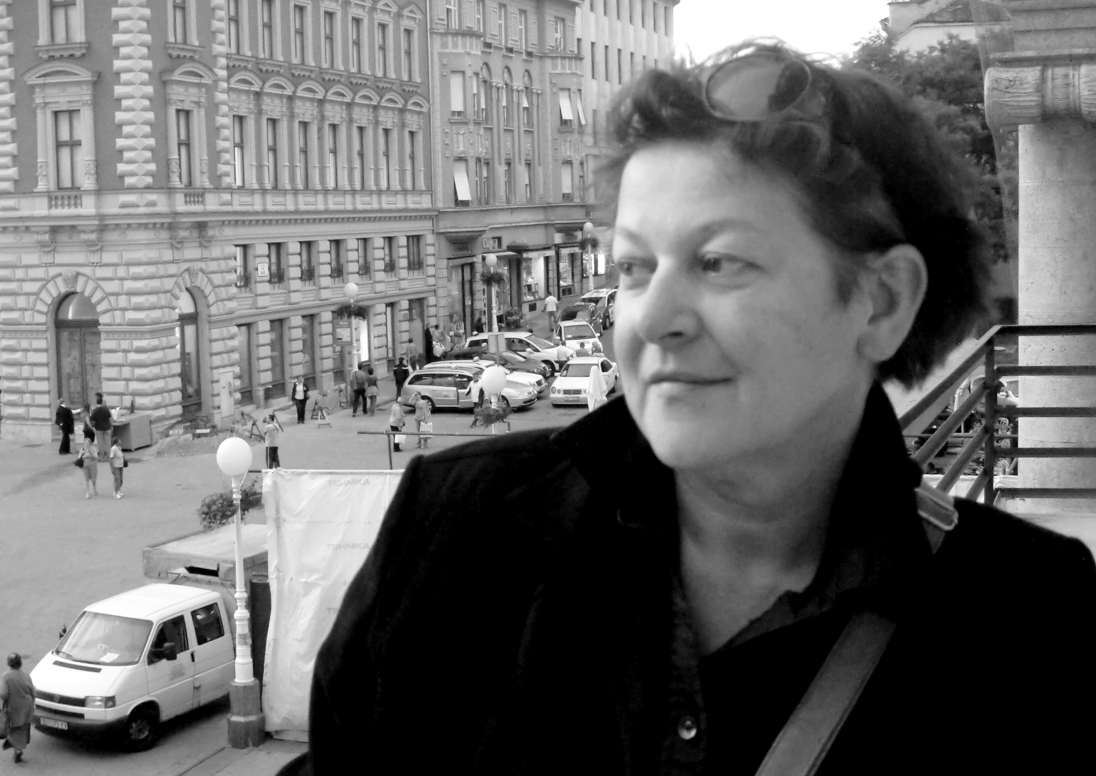 Helena Klakočar (born 1958 in Tuzla, Bosnia and Herzegovina) is a versatile visual artist, working in the fields of installation, illustration, comics, animation, graphic design and storytelling, known for autobiographical, social and political themes. She grew up in Maribor, Slovenia, graduated from the Academy of Fine Arts in Zagreb, Croatia, and the Beeldende kunst Academie in Tilburg, The Netherlands.

In 1992, after sailing with her husband and small child from Dubrovnik to Corfu in 1991, at the start of the Balkan wars, and short stay on Corfu,  she moved to the Netherlands. She described this voyage in her most famous graphic novel Rough Sea (Passage en Douce in the original, published in 1999 by Freon in Belgium), which has received the Alph-Art Award for the best foreign comic book published in French at the 2000 comics festival in Angoulême. The book also received a Radio France Info prize and was later translated and published in Italy, Slovenia, Serbia and, 15 years after first released, in Croatia. In the Netherlands, she continued writing and drawing her diary on immigrant life and published Friesland 2 (Rough Sea 2).

Several parts of her comic book Vlaga, Mraz and Sol (Humidity, Frost and Salt, Vedis, 2016), also a refugee story, were included in the Dutch cultural program on the occasion of the Dutch EU presidency three years ago. The book speaks about the position of art and artists in today’s society, social unrest in Sarajevo, trade union demonstrations in Zagreb, the European Union, conflicts, terrorism and more.

Her latest book, Zid Mediteran (Wall Mediterranean, Vedis, 2019), is a graphic reportage about the crew members of a rescue boat saving refugees in the Mediterranean as part of the Triton mission. In her work, he regularly uses documents, records, interviews and real-life events, revealing the hidden and complex inner-workings of our global social systems.

Her comics and illustrations have been published in numerous comic and literary magazines, publications, online graphic novel projects and in books. Her artwork was exhibited at numerous group and solo exhibitions across Europe and received many awards. She was a member of art collectives Zzot and Migrative Art.

She regularly gives lectures and facilitates visual storytelling workshops for children, adults, students, and works with NGOs, migrants and vulnerable social groups. She is also featured in this year’s exhibition curated by Jana Adamovic dedicated to women in comic art “Ona se budi / BD Egalité”, shown in French Cultural Institutes in Belgrade, Zagreb and Ljubljana, and showcasing female comics authors from France and the Balkans. She spends her time between Croatia and Holland.