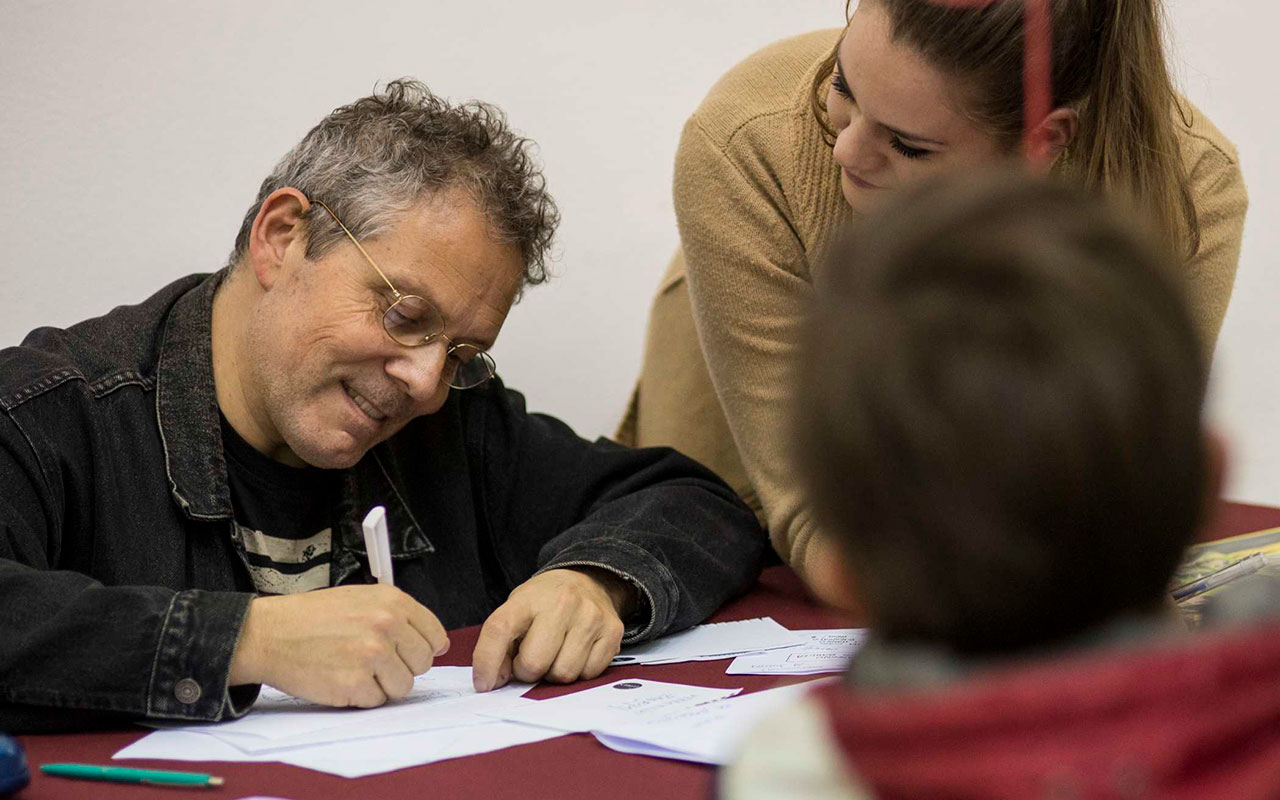 On the occasion of the 50th anniversary from the first Croatian issue of a Zagor comic in Croatia, the exhibition “Zagor – 50 Years in Croatia” will take place from 11 May to 13 May 2018 in the PM Gallery of the Home of Croatian Association of Fine Artists, as part of the programme of the 21st International Comic Festival CRŠ – Zagreb Comic Con.

“Zagor – 50 Years in Croatia” will include 90 original panels, 50 original covers, posters, illustrations, photographs, sculptures and figurines, albums and collector cards, and the opening will be attended by the current staff of Zagor: script-writer Moreno Burattini and cartoonists Mauro Laurenti, Alessandro Piccinelli and Joevito Nuccio, guests of the festival.

A classical hero who hates injustice and who has devoted his life to fighting criminals and villains, Zagor was created by Sergio Bonelli and Gallieno Ferri, inspired by comic book heroes like Superman and Tarzan. Athletic, fit and wearing a memorable costume, Zagor lives between 1820 and 1840, in Darkwood, a fictional forest in North America near the Great Lakes and Canada. His home is but a hut on an islet in the Darkwood marshland, surrounded by quicksand that keeps the troves of uninvited guests at bay. Darkwood is not only a swamp but also an area with many Indian tribes as well as military fortifications, trap huts and small towns with predominantly white populations. Zagor strives to achieve a balance of harmony and understanding between them all, sometimes with conflict and not without difficulty, lives lost and destruction to boot, and sometimes in a peaceful manner and without unnecessary casualties.

Because of his adventurous spirit, Zagor often embarks on long journeys, responding to a friend’s call. Apart from travelling through almost all of North America, he also visited the Arctic, Greenland, Scotland, the Caribbean, and even Africa. There are talks among the Zagor staff that some of his future adventures will unfold in the Balkans as part of the new, European odyssey, and there are many here waiting for it to come out with baited breath.

In the Balkans, Zagor was never just a comic: Zagor was and remains to be a phenomenon, a word synonymous with comics. Zagor is perhaps not the best widely read comic in the region, neither in the visual sense nor script-wise, but it is the most popular. Its tradition in Croatia and the region is long-standing: it has been exactly fifty years since the release of the first episode, published by Dnevnik from Novi Sad. At the beginning of the nineties, the publishing of Zagor comics almost completely moved from Serbia to Croatia, where Zagor still dominates in terms of the variety of different editions and number of books published.

As one of the biggest comic strip phenomena in Croatia and the region, it stands alongside the legendary Alan Ford and is probably the most prominent comic character with the biggest number of different releases per year. In Croatia, there are currently 10 different editions of Zagor, one in Bosnia and five in Serbia. Annually, there are about 120 different episodes and editions of Zagor, while regionally a total of up to 70 episodes is published. Having played a major role in the lives of dozens of generations of the last 50 years, Zagor still has a large and loyal fan base.

Zagor’s author, the late Gallieno Ferri, is one of the greatest cartoonists in the history of Italian comics, and has twice been a guest at the Crtani romani sou comic festival in Zagreb: in 2004 and 2007. Script-writer Moreno Burattini, too, has officially visited Croatia and Crtani romani sou festival in 2004 and in 2007 on the 40th anniversary of the Zagor’s Croatian release.