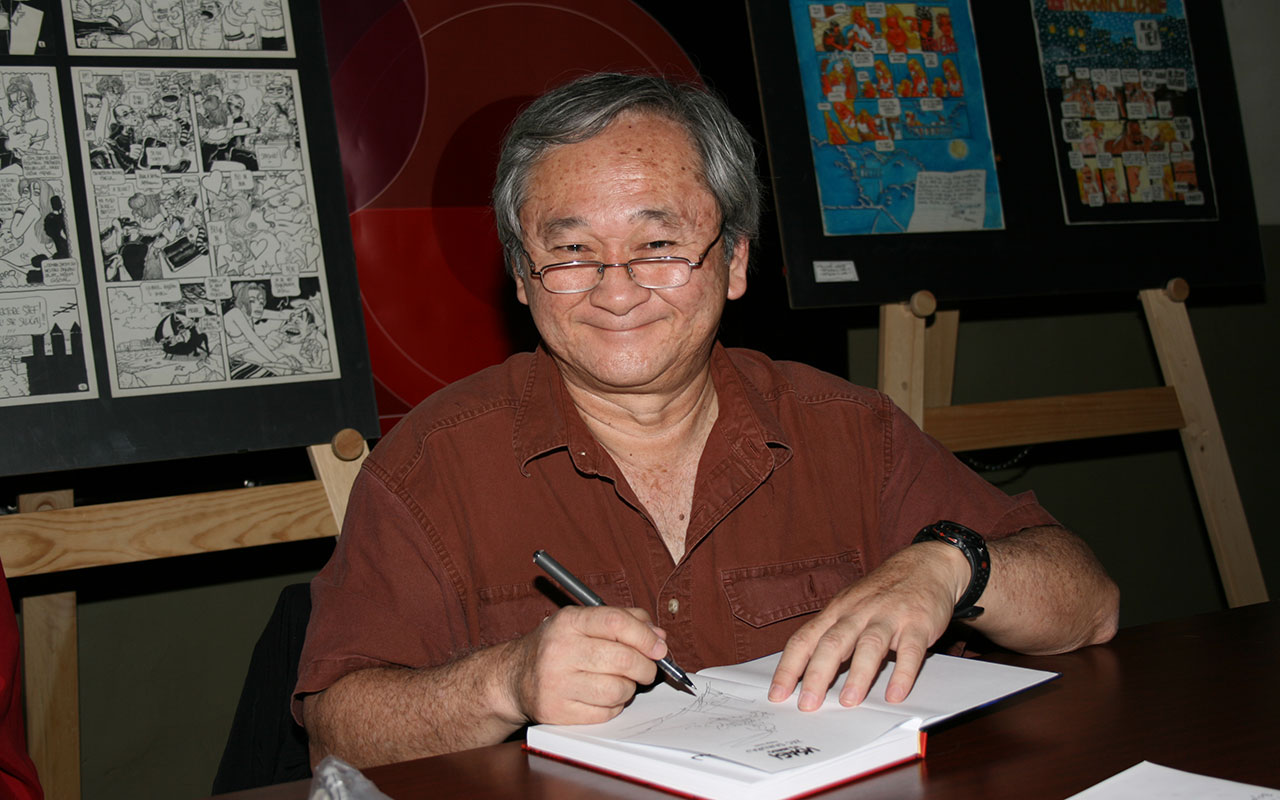 From 11th to 13th May 2018, at the Bačva Gallery and Artists’ Club of the Meštrović Pavillion in Zagreb, fine art and comic lovers will have a unique opportunity to see a retrospective exhibition of the cult Japanese-American cartoonist and comic book creator Stan Sakai. The exhibition will include 160 exhibits – original pages, cover art, illustrations, action figures, toys and other objects from the opus of this celebrated author – which will provide an overview of Sakai’s work from the beginning of his fruitful career to this day. The exhibition will be attended by the author himself, as he will be the guest of the 21st International Comic Festival CRŠ – Zagreb Comic Con.

Stan Sakai is a third-generation Japanese American. He was born on May 25, 1953 in Kyoto, Japan, and grew up in Hawaii where he studied Fine Arts. Later, he attended the Art Center College of Design in Pasadena, CA, where he still lives today. He began his career by simply lettering comic books, the best known of which is Groo the Wanderer by well-known artist Sergio Aragonés and script-writer Mark Evanier. He also created The Adventures of Nilson Groundthumper and Hermy, a series of short humorous comics with a medieval setting.

But among comic book readers he became famous with the creation of the Usagi Yojimbo, the epic saga of Miyamoto Usagi, a rabbit ronin (masterless samurai) who lives in late-sixteenth and early-seventeenth-century feudal Japan, published by Dark Horse Comics. It was first published in 1984 in the first issue of Albedo magazine, and new episodes of this comic are still being published today despite the fact that in its 30 years it has changed several publishing houses, making it one of the longest independent comic series in history. Except for Thomas Lutha, who is now the main colorist for the cover art and color episodes, and two small contributions from Sergio Aragones, Stan Sakai is the sole creator, artist and author of the series, and Usagi his most famous character ever.

Sakai is a master of dynamic visual storytelling, who stands out with his exceptionally original, innovative skill and extremely well-rounded style. His narrative style is clear, concise and sharp, with an exquisite sense of rhythm, presented in a relaxed and absorbed way. Even today, almost forty years after the first version of his cult hero Usagi Yojimbo, Stan Sakai still sticks to his own exceptional, fresh literary and artistic approach to illustrated narration.

Sakai is the recipient of many international awards and accolades, among which are several prestigious Eisner Awards.