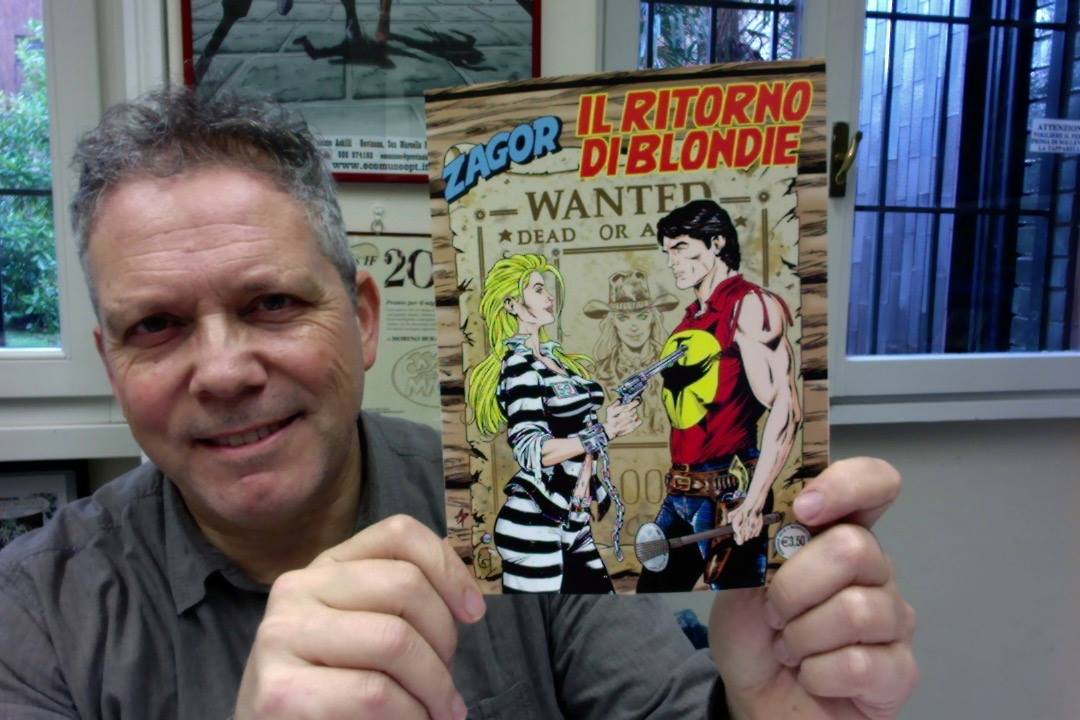 Comic book writer, author, critic, curator, bookseller and collector of comics and dramatist, Moreno Burattini was born on September 7, 1962 in San Marcello Pistoiese, but moved to Florence at a very young age. Passionate about comics from early on, he wrote his thesis about them and in 1985 created the fanzine Collezionare that in its seven years of activity has grown a small school of critics and cartoonists: it was on those pages that he created his first character, Battista il Collezionista. In 1992 he was one of the founders of the Dime Press prozine, dedicated to Bonellian themes. Moreno Burattini has contributed articles to the most important specialized magazines and has published several books of comic book criticism and numerous essays, speeches and prefaces to essays and volumes. He has organized numerous exhibitions in various locations. He is also a lecturer on the language and history of comics and a teacher of scriptwriting courses and classes held throughout Italy.

His activity as a professional script writer began in 1990 on the pages of the Mostri  magazine (Acme), where a miniseries of stories set in the Middle Ages drawn by Stefano Andreucci appeared. Numerous scripts for Intrepido followed; Il Giornate dei Musteri, Cattivik and Lupo Alberto, a character for whom he wrote three successful series: “Le maialate di Enrico La Talpa”, “McKenzie Memories” and “Vite da Talpe”. He made his debut for Bonelli in May 1991, when his first Cicho special (“Cicho Trapper”) and his first Zagor story (“Mortal Danger”) came out at the same time. In this way a large series of Zagor stories and specials with his signature were inaugurated, and have since continued to be written and published. Since 2001, Burattini has been also an editorial assistant and employee of the Bonelli publishing house. Also for Bonelli, Burattini wrote stories for Commander Mark. In 1995 he was awarded two prestigious prizes: the ANAFI Prize as best scriptwriter and the Fumo in China magazine prize for best humorous author. At the 2003 edition of Lucca Comics he won the prestigious Gran Guinigi, and in March 2006 the Cartoomics-If award, both for best scriptwriting.