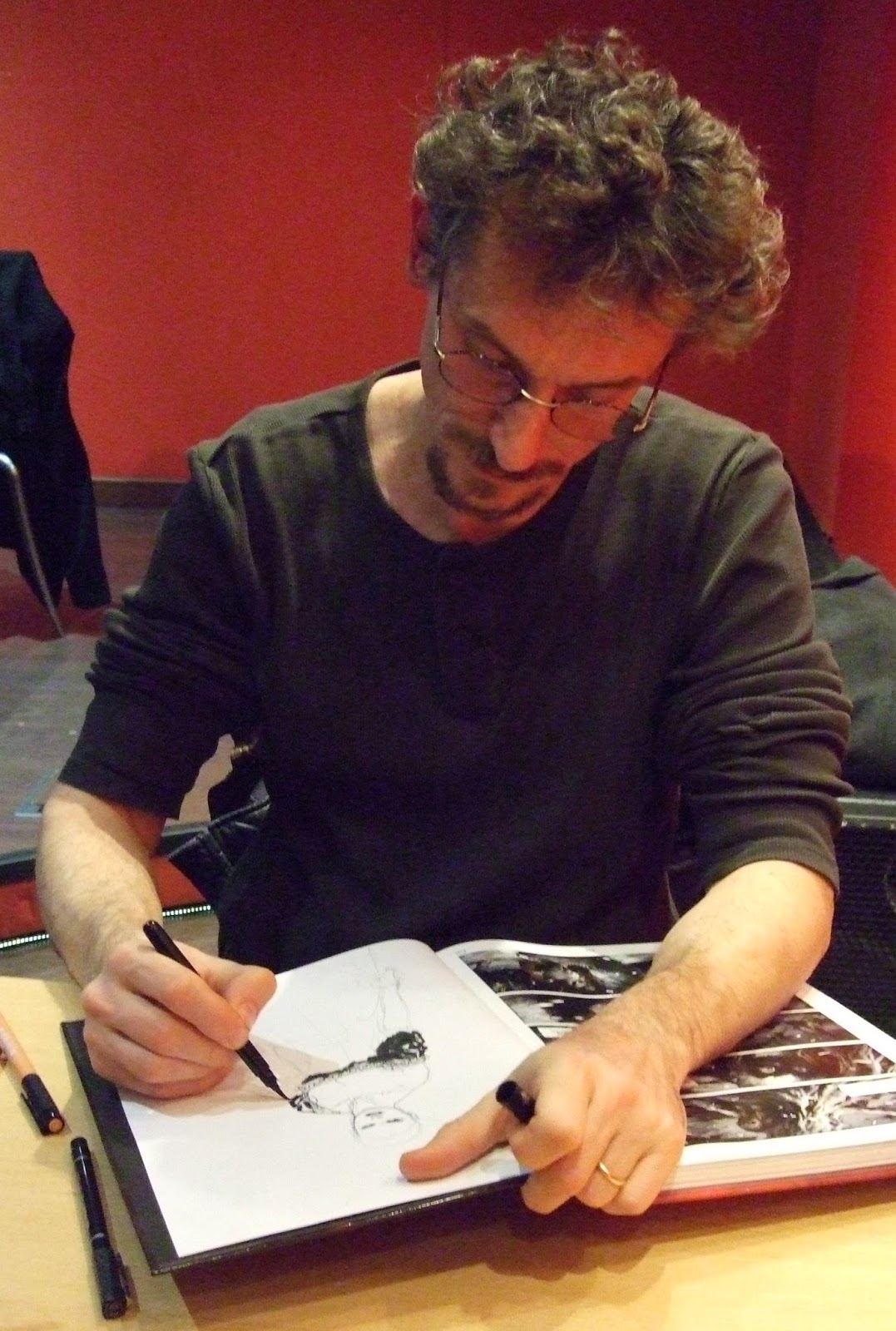 Mario Alberti (born May 7, 1965) is an Italian comic book artist and writer known for his works on the collections Nathan Never, Legs Weaver, Morgana and Redhand, and for his cover work, in particular for DC Comics.

He started creating comics before he could even write. His first comic character, Polip, king of the seas, had random letters in his speech bubbles because Alberti couldn’t spell words properly yet.

Alberti graduated in Economics with a thesis on distribution in the comics market. But during his studies, he was impressed by “Laputa: Castle in the Sky” by Hayao Miyazaki and realized he wanted to become a storyteller and an artist. He began working as a professional illustrator and writer in 1990 with “Holly Connick”, a short story published in the magazine Fumo di China.

In 1991 in the magazine Intrepido he started collaborating with writer Michelangelo La Neve, signing some episodes of the series Dipartimento ESP among others.

In 2000 Alberti teamed up with Luca Enoch to co-write a project for the French market: Morgana, published since 2002 by Les Humanoides Associes. Morgana is translated in France, Italy, Germany, Portugal and Spain and the first issue was also released in the US. Again for Humanoides, in 2004, he joined writer Kurt Busiek to create a new series, Redhand.

Alberti has also illustrated covers for Federico Memola‘s series “Jonathan Steele” and since 2006 he has been collaborating with DC Comics, doing covers for Aquaman, Wonder Woman, Doctor Fate and Shadowpact.