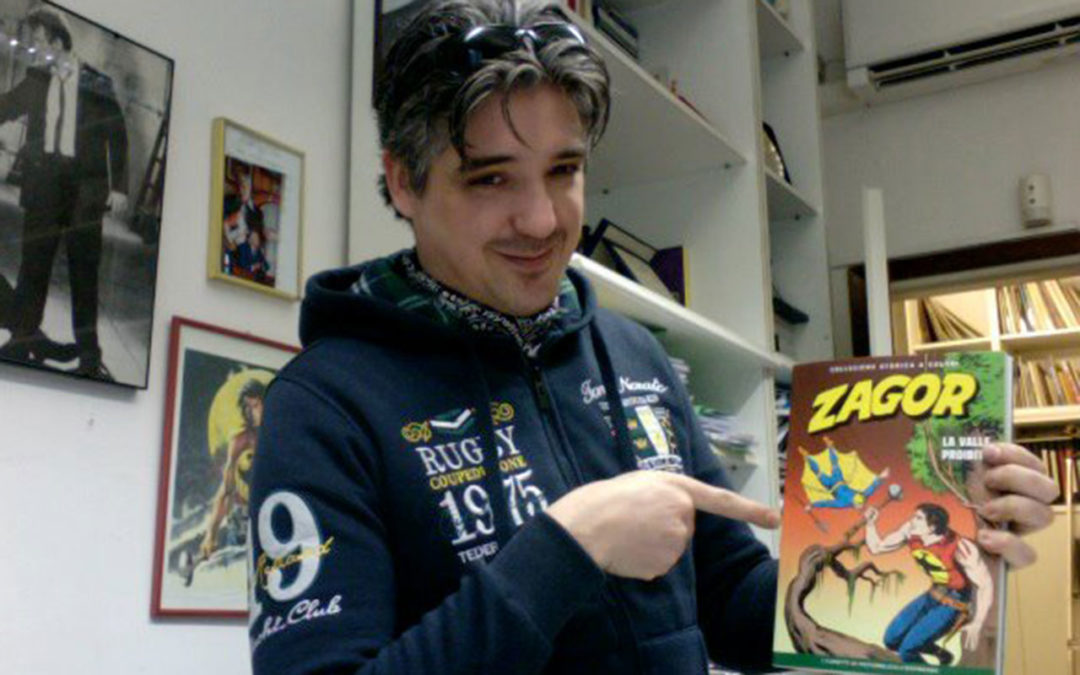 Alessandro Piccinelli was born in 1975 in Como, Italy. He graduated from Setificio Technical Institute with a degree in textile design in 1995, and immediately began studying drawing at Scuola del Fumetto in Milano, graduating in 1999.

After illustrations for monothematic exhibitions, fairs and stands, in 2001 he was hired by Media Comics to create four episodes of the first story of the online comic book Armadel. Later on he began drawing tests for the Zagor comics, which helped him get on the staff of the “Spirit with the Hatchet” soon thereafter, debuting with the four-part adventure called “Huron!”, inaugurated in May of 2006. After working on Zagor, he moved on to become a permanent member of the Tex staff. In 2016 he succeeded Gallieno Ferri at the helm of Zagor covers, debuting with the “Zenith 666” episode.